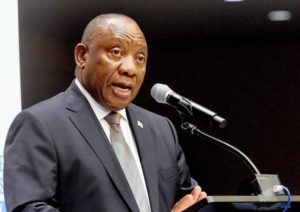 The investment summit being held in South Africa has yielded some incredibly promising investment inflows from companies right across the business spectrum.

One such investment pledge comes from the darling of the Johannesburg stock exchange Naspers, who have pledged to invest R4.6 billion in technology businesses as well as to fund startups. This alone is fantastic news for entrepreneurs in the technolgy space. The pledge includes setting up a Naspers funded incubater style investment fund called the “Naspers Foundry” to nurture technolgy startups. Naspers has also taken it a step further undertaking to transfer 5% of their holding in Multi-Choice South Africa to Puthuma Nathi which is in itself a great contribution to Black economic empowerment.

What really stands out about this summit is the incredible turnout. The Governement was expecting around 400 people to attend the investment summit but have been overwhelmed with more that 1000 attending.

Does this bode well for the future of South Africa?

In my opinion, we need South African companies to start investing in our economy and have growth plans moving forward the next 5-10 years. There has been very little investment by local companies over the past 4 years resulting in corporate South Africa holding hundreds of billions on deposit in local banks. This money, if released into the economy would provide the stimulus necessary to start growing the economy and very likely open the floodgates for foreign direct investment.

Why? I hear you ask.

Very simply because it would indicate that corporate South Africa is confident about the future and are prepared to spend their money on projects that would grow their businesses. Confidence begets more confidence and a whole lot of investment.

This summit has so far produced 10 pledges that amount to over R130 billion in investment over the next five years. This is a great sign and likely the start of some positive outlooks by South African companies. More tghan half of this came from a very well known source in the form of Anglo Americamn which I am sure the trade unions are applauding.

Cyril Ramaphosa is seeking $100 Billion over the next 5 years and this is a good start.

There are some really important nu,mbers that need to be be looked at. Growth that is at 0.7% is simply not good enough and will result in even higher unemployment going forward. We need a growth rate in excess of 2.5% or so to start seeing the growth that is going to start reducing unemployment.

So how are they going to achieve this?

He needs to give Corporate South Africa confidence in the future of the country and to set their minds at ease when it comes to corruption and wasteful expenditure. South Africa will go absolutely nowhere without instilling confidence in both business and the people of South Africa. We as South Africans and business people have been numbed by an endless onslaught of rising costs, criminal activity within Government and wasted resources in all of their forms.

Essentially, Cyril needs to clean house and prosecute some of the theives that are our ministers. It truly is an essential part of the journey to recovery for our Broken country. I am a small business owner that imports products and in these times of uncertain exchange rates it is almost impossible to plan ahead.

I am personally positive that Cyril will be able to stimulate the economy and put us on a good growth trajectory if he is allowed to implement his plan and is not held up by others within the party.

By the end of the conference R290 billion had been pledged over a period of 3-10 years and a further R400 Billion from companies visited in person by the investment dlegation.

This is a remarkable achievement in my view considering the mess our SOE’s are in and the general state of the economy with by and large the same bunch of palookas that where running things while Zuma was in office.

Let us hope that the conditions attached to these investments include some cleaning out of the cabinet and the appointment of experienced leaders and managers.

Cyril, we are rooting for you, just please be an honourable and accountable leader. Toss out the corrupt and build a leadership of leaders not takers.