The stripping of surplus funds from a number of South Africa’s pension funds in the 1990’s started a storm that has taken up until now to sort out and has seen high profile businessmen receive suspended sentences and fines for their part in the surplus fund stripping.

Members of the following funds were victims of surplus fund stripping and will begin to see the rightful amounts being paid to members, starting with the Mitchell Cotts fund members and beneficiaries. There is a R730 million being distributed to the members over the next six month period. The balance of the funds will all start to see funds distributed in the foreseeable future.

How to claim surplus benefits from your pension fund

The Metals and Engineering Industry Funds 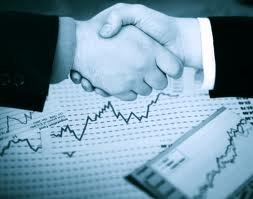 The amount of legal fees and consulting services required to settle these cases are in the many hundreds of Millions, the case has taken over 6 years and needs to be a lesson to the Industry as a whole. The new broom of Edward Kieswetter swept clean for Alexander Forbes, many of whose senior management were implicated in the surplus stripping fiasco with Alexander Forbes making a plea bargian, paying a small fine and repaying an amount of stripped funds to members.

The last few years has seen some incredibly devious schemes hatched by financial advisors that have cost investors dearly, least of which are the PONZI schemes and property syndication schemes. The most important thing that the FSB can and is doing, is to police their members and affiliates, ensure that the public is aware of the requirements to act as a financial advisor and to hold those who contravene the regulations and rules accountable for their actions.