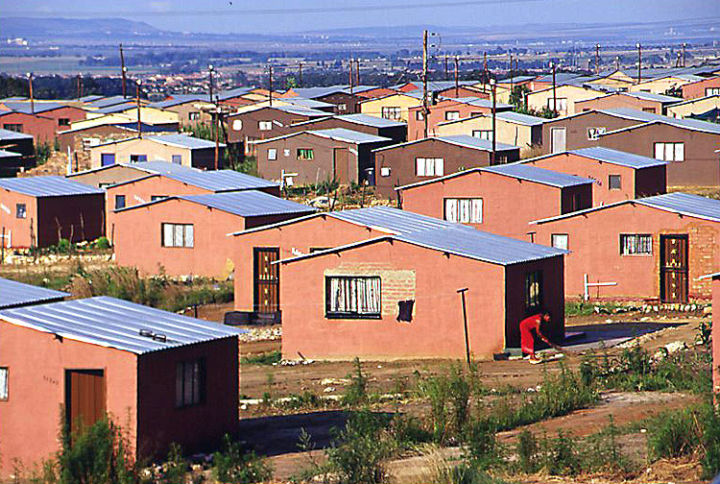 South Africa has a unique retirement industry where the creation of a viable black middle class was a top priority after 1994.

The Government made unsecured lending a priority to encourage employed black people to access finance and start building an asset base. Before 1994 black people were not allowed to own property, worked lower paying jobs and were underpaid for work. This resulted in an essentially poor black class which was not able accumulate wealth and transfer wealth from one generation to another.

Like most things when first adopted, there are many unintended consequences. BEE, then BBBEE are excellent examples. These were meant to transfer skills from the old regime to the new black middle class, but instead, resulted in the creation of a rich Tenderpreneur class. These people often had no intention of doing any work but had Government connections which enabled them to be awarded Government tenders. They would partner with a company that had the requisite skills to do the work through a tender specific company that met the BEE/BBBEE requirements, and would then step aside, take a cut of the project value and move on to the next tender.

There was no transfer of skills and only a few extremely fortunate few made an enormous amount of money for doing nothing.

Then there are the ministers, their family and friends who would be paid to help companies be granted tenders even though they did not come in at the best price or skills.

A lot of these types of corrupt transactions are being ventilated in the Zondo commission and one would hope that the corruption will be exposed, and the perpetrators suitably punished.

The end result of this (as a generalization) was a middle class that like to show its wealth or in many cases perceived wealth. Many awfully expensive cars, jewelry and brand names like Louis Vuitton started appearing in townships around the country. This need to show one’s wealth often lead to the car a person drove being a lot more expensive than their home.

A culture of savings has not been nurtured and in many cases people are of the opinion that the Government is going to provide for them The reality of course is quite different. The South African Government simply does not have money to pay any meaningful retirement amount which will result in continued poverty and perhaps a worse poverty than before.

The SA Government has nurtured a culture of entitlement, giving land, homes and other benefits to help shore up their voter popularity but what it is really doing, is driving people further into poverty and hopelessness.

Unlike many first World countries which have significant resources through effective tax collection and tax growth, SA has squandered it’s wealth and resources on corruption and cronyism with no sign of this behavior coming to an end.

In some parts of the World like The Netherlands, where the Government provides Euro 1000 approx to every person when they turn 65 years old and company contributions to retirement cater for over 80% of their income prior to retirement. Sadly, there are only a few examples of well planned retirement saving by Government on behalf of their citizens.

Where does this leave South Africans

This is an excellent question. Many people with means have left the country believing there is no future under an ANC Government evidenced by the massive reduction in the number of super rich in South Africa. Over the past 10 years, 4000 of those with net assets in excess of $1 000 000 have left the country and of those, 500 left in 2019. This is a tragedy of epic proportions. South Africa needs these rich people to invest in businesses in the country that created jobs, yet the ANC is not creating an environment where they feel they and their investments are safe and are likely to grow and prosper.

All too often the problems are looked at from a black (poor) and white (rich) perspective which is really not going to solve any issue, it is just an easy way to blame a system broken by the ANC on the white population.

No doubt the white people left in South Africa had many benefits and these are not to be waved aside, they were very real benefits from an education system, to ownership, travel and anything else you care to mention, but making all of the ills created by a black elite the problems of white South Africans will end badly. Create opportunity for all, don’t steal would be a good place to start.

The culture of spending, easy access to finance and displays of wealth have left the countries poor in a tragic position. There is still around 30% unemployment and not enough money to look after everyone in a dignified way.

Without a job how are people meant to save for retirement?

These problems seem to be getting worse not better and only one thing is for sure. “You are on your own, the Government does not have the money to offer you a dignified retirement.”

How well are South Africans prepared for retirement?